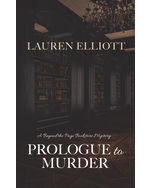 A Beyond the Page Bookstore Mystery

Gossip columnists love a bold-faced name — but “Miss Newsy” at Greyborne Harbor’s local paper seems to specialize in bald-faced lies. She’s pointed a finger of suspicion at Addie after librarian June Winslow never makes it home from a book club meeting. And when June is found at the bottom of a steep flight of stairs, Addie’s not only dealing with a busybody, but a dead body. Despite all the rumors, Addie doesn’t know a thing about the murder — but she plans to find out. And the key may lie in a book about pirate legends that June published. Now she just has to hunt down the clues before she becomes a buried treasure herself. 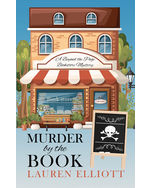 Murder by the Book