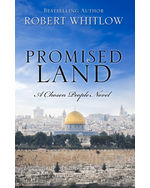 Despite their Israeli citizenship, Hana and Daud cannot safely return to their homeland because a terrorist ring is threatening Daud. Hana is perfectly fine remaining in the United States, working for a law firm in Atlanta, especially because she’s pregnant. But Daud can’t shake the draw to return home to Israel, even if it makes him a target. Daud is called in to help a U.S. intelligence agency extract a Ukrainian doctor from a dangerous situation in Egypt. While overseas, he can’t resist the call of Jerusalem and thus sets off a series of events that puts thousands of people in danger, including his wife and unborn child.