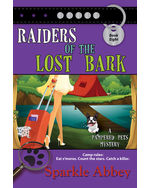 Raiders of the Lost Bark

Melinda Langston, amateur sleuth and Bow Wow Boutique owner, finds herself “Glamping Under the Stars” with a blackmailer, Orange County’s hottest new gourmet pet chef, Addison Rae. But before Mel can put an end to Addison’s strong-arming, the chef is found dead. Mel is just one of many suspects who had motive to snuff out the demanding chef.

Was it Redmond, the angry sous chef who detested working for Addison? What about rival chef, Pepper Maddox? The glamping chef gig was hers until Addison blackmailed her way into the job. And then there’s Asher, a charming fellow camper whose past relationship with Addison isn’t the only secret he’s guarding. Mel’s not one to tuck tail and run, even when it looks like she may be the next victim. 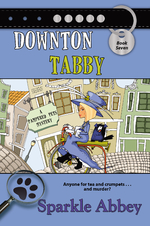 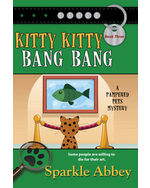 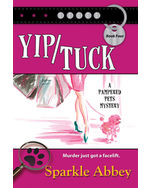 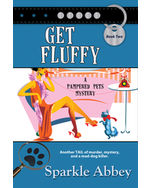