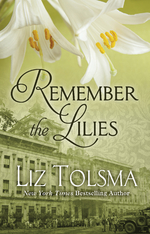 In 1941 Rand Sterling was a wealthy club owner in Manila. Two years later he’s a civilian prisoner of war, planning his escape from the Santo Tomas Internment Camp. Irene Reynolds grew up a missionary kid in the Philippine jungle. Now she works for the paranoid Japanese, delivering censored messages to the American prisoners. Irene’s negligence leads to Rand’s failed escape and torture. Yet something more than mere survival draws them together.