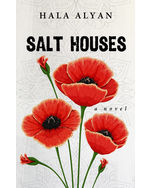 On the eve of her daughter's wedding, Salma reads Alia's future in a cup of coffee dregs. She sees an unsettled life for Alia and her children, which will come to pass when the family is uprooted in the wake of the Six-Day War of 1967. Lyrical and heartbreaking, this remarkable debut novel humanizes an age-old conflict we might think we understand.

… beautifully illustrates the resilience of the human spirit.