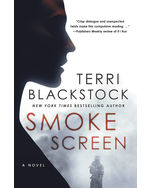 Nate Beckett has spent his life fighting wildfires instead of the lies and rumors that drove him from his Colorado hometown. Fourteen years ago, Nate was in love with Brenna, the preacher’s daughter. That relationship was shattered after Pastor Strickland was found murdered and Roy Beckett, Nate’s father, was convicted of the crime. Now, Roy has been pardoned, and Nate is back in town. Brenna, who is dealing with the stunning news and a brutal custody battle, has turned to alcohol to cope. As Nate and Brenna deal with the present, their past keeps igniting. Nate is the steady force Brenna has desperately needed — but she’ll have to learn to trust him again first.