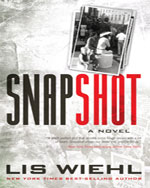 The Civil Rights Movement isn’t a distant memory to Boston federal prosecutor Lisa Waldren — it’s history. But when a photograph surfaces showing four-year-old Lisa playing with an African-American girl at civil rights march in Fort Worth‚ she’s faced with a jarring realization: the girls may have been the only ones who saw the real killer of civil rights leader Benjamin Gray‚ and who could exonerate the death row inmate accused of his murder.