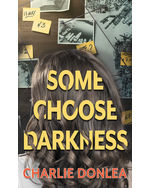 Cleaning out her late father’s law office a week after his burial, forensic reconstructionist, Rory Moore, receives a call that plunges her into a decades-old case come to life once more. In the summer of 1979, five Chicago women went missing. The predator, nicknamed The Thief, left no bodies and no clues behind — until police received a package from a mysterious woman named Angela Mitchell. But before they could question her, Angela disappeared. Rory uncovers dark truths about Angela, her father, and the man called The Thief that send her down a twisting trail. As she continues to dig, even Rory can’t be prepared for the full, terrifying truth that is emerging.