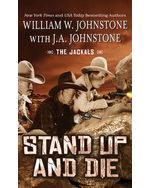 
Stand Up and Die

Some say bad luck comes in threes. And if you’re a bandit, bank robber, or bloodthirsty killer, that bad luck comes in the form of three hard justice-seekers known as the Jackals. Each of the Jackals has his own path to follow: Former Texas Ranger Matt McCulloch is trying to protect a young Commanche. Retired cavalry sergeant Sean Keegan is dodging bullets in a prison breakout. And bounty hunter Jed Breen is bringing in one of the bank-robbing Kruger twins. Three Jackals. When their paths cross near Arizona’s Dead River, they’ve got to join forces and face all of their enemies come hell or high water. 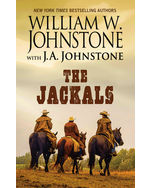