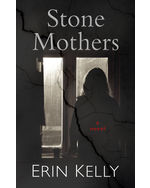 You can’t keep the secret.
You can’t tell the truth.
You can’t escape the past . . .

Marianne was seventeen when she fled her home in Nusstead — leaving behind her family, her boyfriend, Jesse, and the body they buried. Now, thirty years later, forced to return to in order to help care for her sick mother, she can feel the past closing around her. And Jesse, who never forgave her for leaving in the first place, is finally threatening to expose the truth.

Marianne will do anything to protect the life she’s built, the husband and daughter who must never know what happened all those years ago. Even if it means turning to her worst enemy for help . . . But Marianne may not know the whole story — and she isn’t the only one with secrets they’d kill to keep.