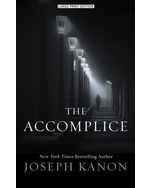 Seventeen years after the fall of the Third Reich, Max Weill has never forgotten the atrocities he saw as a prisoner at Auschwitz — nor the face of Dr. Otto Schramm, a camp doctor who worked with Mengele on appalling experiments. Schramm escaped Germany for a new life in South America, and Max asks his nephew Aaron Wiley — an American CIA desk analyst — to track down Otto in Argentina and bring him back to Germany to stand trial. Aaron travels to Buenos Aires and discovers a city where Nazis thrive in plain sight. Unable to distinguish allies from enemies, Aaron will ultimately have to discover not only Otto, but how far he is prepared to go to render justice.