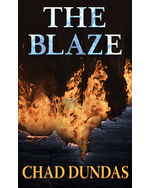 Having lost much of his memory from a traumatic brain injury sustained in Iraq, army veteran Matthew Rose is called back to Montana after his father’s death to settle his affairs, and hopefully to settle the past as well. It’s not only a blank to him, but a mystery. Why as a teen did he suddenly become sullen and vacant, abandoning the activities and people that had meant most to him? How did he, the son of hippy activists, wind up enlisting in the first place?

Then on his first night back, Matthew sees a house go up in flames, and it turns out a local college student has died inside. And this event sparks a memory of a different fire, an unsolved crime from long ago, a part of Matthew’s past that might lead to all the answers he’s been searching for. What he finds will connect the old fire and the new, a series of long-unsolved mysteries, and a ruthless act of murder.

“Another brilliantly woven story about second chances from Montana native Dundas . . . Recommend this to readers looking for an inviting narrative with a very ‘now’ feel.”

“[An] exceptional thriller . . . Dundas’s insightful look at a former soldier’s attempts to reenter civilian life elevates this poignant, action-packed story. The plot soars with each believable twist and realistic characters worth rooting for.”

“A wounded veteran and a strong newspaperwoman combine with a well-constructed plot to spin a plausible and engaging tale…This one wins far more on characters and danger than on bloodshed. Keep books like this coming, Chad Dundas.”