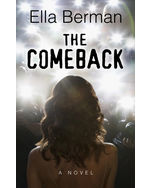 Grace Turner was one movie away from Hollywood’s A-List. So no one understood why, at the height of her career and on the eve of her first Golden Globe nomination, she disappeared.

Now, one year later, Grace is back in Los Angeles and ready to reclaim her life on her own terms. When she is asked to present a lifetime achievement award to director Able Yorke — the man who controlled her every move for eight years — she knows there’s only one way she’ll be free of the secret that’s already taken so much from her.