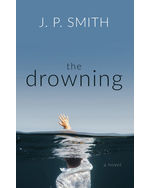 Every seven years, a boy disappears from Camp Waukeelo. Who will be next? Joey Proctor can’t swim, but that doesn’t stop camp counselor Alex Mason from leaving him on a raft in the middle of the lake in a fit of rage. Alex only meant to teach the kid a lesson. He didn’t mean to forget about him. But now Joey is gone, and his body is never found. More than twenty years later, Alex is a success. The proof is there for anyone to see, in his millions of dollars, his lavish house, his beautiful wife and daughters. And no one knows what happened that summer at camp. At least, no one should know. Yet it looks like Joey Proctor may be back to take his revenge . . .