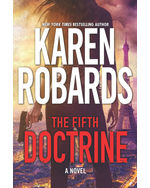 Authorities have finally caught up with master manipulator Bianca St. Ives. But instead of taking her in, they offer her a deal: walk away scot-free after running one last mission. An intelligence operation is underway in North Korea to end the country’s tyrannical regime, and now the United States needs someone to go undercover as the female hacker who recently stole top secret intel from the NSA. Bianca knows the task is about as dangerous as it gets: it could mean torture, imprisonment, or death. But it might also ignite the kinds of chaos that forces a revolution. It might just change the world. Besides, if Bianca has to go down, she’s gonna go down swinging.