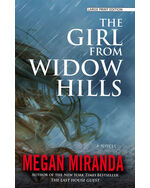 Jeff Guinn tells the story of Pancho Villa’s raid on a small U.S. border town. The “Punitive Expedition” was launched in retaliation under Pershing’s command and brought together the Army, National Guard, and the Texas Rangers. Opposing this motley military brigade was Villa, a guerrilla fighter who commanded an ever-changing force of conscripts in northern Mexico. Despite some bloody encounters, the Punitive Expedition eventually withdrew without capturing Villa. Although the bloodshed has ended, the U.S.–Mexico border remains as vexed and volatile an issue as ever.