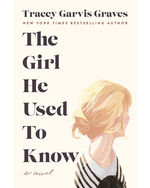 The Girl He Used to Know

Annika rose and Jonathan Hoffman meet as undergraduates at the University of Illinois. She finds people’s behaviors confusing, preferring books and chess over social situations. He joins the chess club and loses his first game — and his heart — to her. But the couple’s love affair ends after an unforeseen tragedy forces them apart. Now, a decade later, fate reunites Annika and Jonathan in Chicago. She’s a librarian, while he’s a Wall Street whiz, recovering from a divorce. The attraction and strong feelings they once shared are instantly rekindled, but until they confront the fears and anxieties that drove them apart, their second chance will end before it can begin.