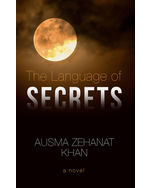 The Language of Secrets

Detective Esa Khattak, head of Canada’s Community Policing Section, is contacted by Canada’s national security team when their informant inside a local terrorist cell is murdered. They want him to give the appearance of investigating, then bury it to avoid exposing their operation. But Khattak used to know the victim, and he can’t just let his murder slide.