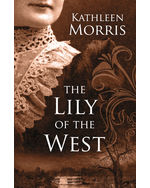 The Lily of the West

The Lily of the West is the story of Mary Katherine Haroney, known as the notorious “Big Nose Kate.” In the American West of the 1800s, Kate made her own way. A Hungarian immigrant, Kate forged her way across the American frontier, a stowaway on a Mississippi riverboat who became the belle of the Dodge City music halls, known for her outspoken manner and her alluring appearance. Classically educated, she spoke four languages, finding love and much in common with a charming but volatile dentist, Dr. John Henry (Doc) Holliday. She was a trusted friend of the Earps and Bat Masterson, an adventurous woman who witnessed the violent lawlessness that preceded the end of an era.