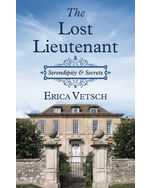 Evan Eldridge never meant to be a war hero — he just wanted to fight Napoleon. He certainly didn't think that saving the life of a peer would mean being made the Earl of Whitelock, but the life he saved was dear to the Prince Regent. Now Evan has a new title, a manor house in shambles, and a stranger for a bride, all thrust upon him by a grateful ruler. What he doesn't have are all his memories. Traumatized as a result of his wounds on the battlefield, Evan knows there's something he can't remember. It's important, dangerous — and if he doesn't recall it in time, will jeopardize not only his marriage but someone's life.