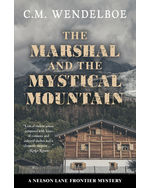 
The Marshal and the Mystical Mountain

U.S. Marshal Nelson Lane has more than his fair share of unlikely allies: This time it’s a tabloid reporter — who turns up missing after he tries to sneak into the Mystical Mountain hunting lodge. Nestled in the rugged and scenic Big Horn Mountains of Wyoming, there’s more than mere hunting going on there. Nelson sends his deputy, Maris Red Hat, as an undercover courtesan to find out what’s up with the wild parties for politicians and gangsters. The women entertaining the guests keep winding up dead. When at last Nelson discovers the dark secret of the lodge, the Mystical Mountain may claim yet another victim. 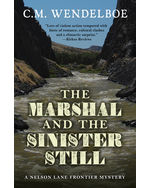 The Marshal and the Sinister Still 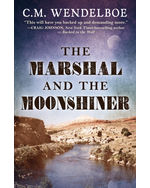 The Marshal and the Moonshiner