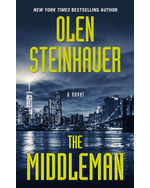 One day in the early summer of 2017, about four hundred people disappear from their lives. They leave behind cell phones, credit cards, jobs, houses, families — everything — all on the same day. Where have they gone? Why? The only answer, for weeks, is silence.

The movement calls itself the Massive Brigade, and they believe change isn't coming fast enough to America. But are they a protest organization, a political movement, or a terrorist group? What do they want? The FBI isn't taking any chances. Special Agent Rachel Proulx has been following the growth of left-wing political groups in the U.S. since the fall of 2016, and is very familiar with Martin Bishop, the charismatic leader of the Massive Brigade. But she needs her colleagues to take her seriously in order to find these people before they put their plan — whatever it is — into action.