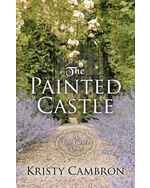 When art historian Keira Foley is hired to authenticate a painting at a centuries-old East Suffolk manor, she hopes this is just the thing to get her career back on track. But from the time she begins working alongside rumored art thief Emory Scott, she’s left with more questions than answers. Could this lost painting of Queen Victoria be a duplicate of the original masterpiece, and if so, who is the artist? As Keira begins to unravel the mystery behind the portrait, two women emerge from the estate’s forgotten past. Set in three time periods, The Painted Castle unfolds a story of heartache and hope and unlocks secrets lost for generations just waiting to be found.