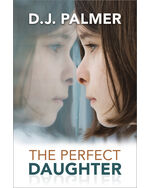 Grace never dreamt she’d visit her teenaged daughter Penny in the locked ward of a state psychiatric hospital, charged with a shocking and brutal murder. There was no question of her daughter’s guilt. Police had her fingerprints on the murder weapon and the victim’s blood on her clothes. But they didn’t have a motive. Grace and her husband, Arthur, had found Penny abandoned, with a mysterious past. As she aged, Penny’s actions grew more disturbing, and different “personalities” emerged. They set out in search of the truth about Penny, but discover instead a shocking hidden history of secrets, lies, and betrayals that put all their lives in grave danger.