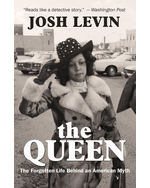 The Queen: The Forgotten Life Behind an American Myth

In 1974 Chicago, Linda Taylor reported a phony burglary, a lie of stolen furs and jewelry. It was soon discovered that she was a welfare cheat. Taylor, it turned out, was also a kidnapper, and possibly a murderer. But nobody seemed to care about anything but her welfare thievery. Growing up in the Jim Crow South, Taylor was made an outcast because of the color of her skin. As she rose to infamy, the press and politicians manipulated her image to demonize poor black women. The Queen tells the story of what was done to Linda Taylor, what she did to others, and what was done in her name.