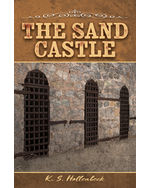 Despite her fame, entertainer Flossie “The Flame” Abbot suffers alongside the rest of the convicts at Gila Territorial Prison. Gila’s newest guard, Breen Dwyer, aims to set her free and has his own reasons for doing so. To escape and exonerate Flossie, the pair must first fight off the depraved criminal Abe Kane. Characters range from an optimistic prostitute addicted to opium to a mysterious benefactor seeking redemption. Some wreak social injustice. Others survive it. Some deserve to rot in their cells forever. Others deserve worse. Set in 1886 in the Arizona Territory, Flossie’s thirst for freedom will ultimately end in revenge.