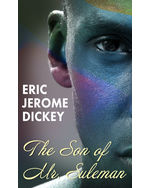 
The Son of Mr. Suleman

Professor Pi Suleman, a Black man from Memphis, has to endure a lot as an adjunct professor at the city’s University Along the Nile, a hard-earned career that is crushing his spirit. At the same time, he’s being blackmailed by another professor. When he meets Gemma Buckingham, who has just moved to Memphis from London, things begin looking up. Pi’s romance is interrupted when his absentee father, a celebrated author who had an extramarital affair with his mother, passes away. Pi is called to Los Angeles to collect his inheritance and learn about his father. Now, Pi must figure out who he is and what kind of man he will become in his father’s shadow.