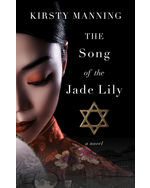 The Song of the Jade Lily

1939: Two young girls meet in Shanghai. Beautiful local Li and Jewish refugee Romy form a fierce friendship, but the deepening shadows of World War II fall over them as they slip between the city’s glamorous French Concession district and the teeming streets of the Shanghai Ghetto. 2016: Fleeing London with a broken heart, Alexandra returns to Australia and her grandparents, Romy and Wilhelm. Her grandfather is dying, and they begin to reveal family secrets they have kept for over half a century. As fragments of her mother’s history become clear, Alexandra struggles with what she learns. And when Wilhelm dies, she flies to Shanghai to trace her grandparents’ past.