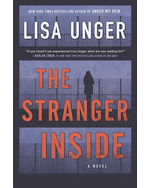 As a twelve-year-old, Rain Winter narrowly escaped an abduction, but her two best friends were not as lucky. One never came home, and the other was held in captivity before escaping. After their abductor was released from prison, someone killed him in cold blood. Now Rain is a suburban stay-at-home mom, having put aside her journalism career. But when another brutal murderer who escaped justice is found dead, Rain is unexpectedly drawn into the case. Eerie similarities to the murder of her friends’ abductor force Rain to revisit memories she’s worked hard to leave behind. Is there a vigilante at work? Who is the next target? And why can’t Rain just let it go?