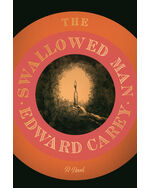 In the small Tuscan town of Collodi, a lonely woodcarver longs for a son. One day, Geppetto carves for himself a pinewood boy, and his handsome new creation comes magically to life. Pinocchio torments his father, making up stories — whereupon his nose grows before his eyes like an antler. When the boy disappears after one last fight, the father follows a rumor out into the sea, where he is swallowed by a great fish — and consumed by guilt. He hunkers in the creature’s belly awaiting the day when he will reconcile with the son he drove away.

“Hendrix . . . so explicitly details the massacres and fictional film sagas that grew out of them that readers may believe them to be real.”