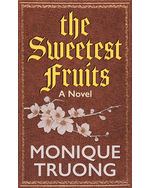 A Greek woman tells of how she willed herself out of her father's cloistered house, married an Irish officer in the British Army, and came to Ireland with her two-year-old son in 1852. An African American woman, born into slavery on a Kentucky plantation, makes her way to Cincinnati after the Civil War to work as a boarding house cook, where in 1872 she meets and marries a newspaper reporter. In Matsue, Japan, in 1891, a former samurai's daughter is introduced to a newly arrived English teacher and becomes the mother of his four children and his unsung literary collaborator. Truong illuminates the women's tenacity in their search for love, family, home, and belonging.