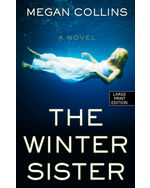 Sixteen years ago, Sylvie’s sister Persephone went out with the boyfriend she was forbidden to see and never came home. Persephone was missing for three days before her body was found. Her murder remains unsolved. Now Sylvie has returned home to care for her mother, Annie, as she undergoes treatment for cancer. Annie’s once-close bond with Sylvie had dissolved in the weeks after their loss. Worse, Persephone’s former boyfriend is a nurse at the cancer center where Annie is being treated. Sylvie’s always believed Ben was responsible for the murder, but she carries her own guilt about that night. As it turns out, the truth will set you free . . . once you can bear to look at it.