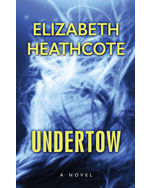 SML
Carmen is happily married to Tom, but she knows she lives in the shadow of another woman - Zena, the mistress who ended his first marriage. Mercurial, mesmerizing, manipulative Zena, who could incite the darkest of emotions. Who drowned in the sea late one night. They said her death was a tragic accident. And Carmen believed them... until now.