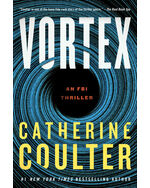 Seven years ago, Mia Briscoe was at a frat party with her best friend Serena when a fire broke out. Everyone was accounted for except Serena. Now an investigative journalist, Mia discovers photos from that night and begins to uncover a sinister string of events. But some powerful people will do anything to keep her from learning the truth. CIA Operative Olivia Hildebrandt is on a mission in Iran to exfiltrate a betrayed undercover operative and is nearly killed by an exploding grenade. Then, she is attacked on her first night home from the hospital, and FBI agent Savich suspects it is a direct result of the compromised mission.