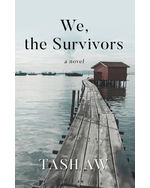 Ah Hock is an ordinary man of simple means. Born and raised in a Malaysian fishing village, he favors stability above all, a preference at odds with his rapidly modernizing surroundings. So what brings him to kill a man? This question leads a young, privileged journalist to Ah Hock’s door. Ah Hock's motive remains unclear, even to himself. His vivid confession unfurls over extensive interviews with the journalist, herself a local whose life has taken a very different course. The process forces both the speaker and his listener to reckon with systems of power, race, and class in a place where success is promised to all yet delivered only to its lucky heirs.