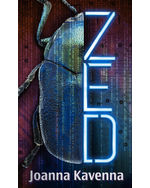 Self-anointed guru of the Digital Age, Guy Matthias, CEO of Beetle, has become one of the world’s most powerful and influential figures. His trans-Atlantic company essentially operates beyond the control of Governments or the law. But for Guy a storm of trouble is brewing: his wife wants to leave him, fed up with his infidelities; malfunctioning Beetle software has led to some unfortunate deaths which are proving hard to cover up; his longed for deal with China is proving elusive and, among other things, the mystery hacker, Gogol, is on his trail. How do you live in reality when nobody knows anything, and all knowledge, all certainty, is partly or entirely fake?