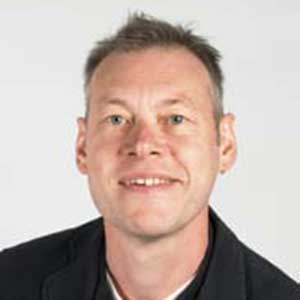 “Eighteenth Century Collections Online (ECCO) from Gale has played a significant role in enriching the scholarly experience of second and third year students studying our eighteenth-century literature modules ‘Gender and Eighteenth-Century Fiction’ and ‘Empire and Identity in the Eighteenth Century. The depth and breadth of content is truly stunning. What’s more, it can be accessed by our 400 English degree students anytime anywhere and has had a significant impact on teaching and learning, in particular undergraduates, postgraduates, PhD students and lecturers.”

According to Dr Gregg, the benefits for students are significant:

“Over the years, students’ knowledge of eighteenth-century literature has been narrowed and limited to a relatively small number of classics, such as Robinson Crusoe, that are popular enough to make them commercially viable for publishers to print”, he said. “Gale’s unique resource ECCO, with its vast array of digitised original sources, breaks down these barriers, allowing students to contextualise these popular classics and understand the larger landscape from which the classics originated. Students can now readily access the work of authors such as Eliza Haywood, who in the eighteenth century was as popular as Daniel Defoe, but over the years has fallen from view. My students have really enjoyed reading her novels, in particular her eighteenth-century novella Fantomina, which charts the sexual conquests and disguises of an unnamed young lady from the country.

“It’s wonderful to see the literary horizons of students being broadened in such a great way”, he continued. “ECCO also allows them to grow their appreciation of the different genres of eighteenth-century literature, such as conduct books, ‘it narratives’ and miscellanies/anthologies of poems. Conduct books designed to guide eighteenth-century young women, and occasionally young men, through their development from childhood to adulthood, typically provoke heated debate from our liberated twenty-first-century female students. These books both reflected and created the socially acceptable roles of women on issues such as religion, courtship and marriage with instruction on how to survive in a man's world. Others, like Mary Hay’s Appeal to the Men of Great Britain, in Behalf of Women (1798) shed light on the gender inequalities that made such instruction necessary, planting the seeds for the more radical demand for women's rights that was to come.

“‘It narratives’, in which the author assumes the role of an inanimate object like a coin or watch, also provoke a lot of interest from students, as do ‘Miscellanies’, which feature poems from a wide range of authors spanning a broad range of subjects; a stark contrast to the themed collections of poems we get today and books dedicated to the poems of one particular poet”.

“Of particular note and of interest to students are travel writers, such as Lady Mary Wortley Montagu and Jemima Kindersley. The contrasting views of life in foreign lands, highlighted by Montagu and Kindersley are captivating”, said Dr Gregg. “We have two extremes - the letters of aristocrat Lady Mary Wortley Montagu, wife to the British Ambassador of Turkey, which are remarkable for their sympathetic, female-centred view of Muslim society and the rather Eurocentric views of Jemima Kindersley who accompanied her husband Colonel Nathaniel Kindersley of the Bengal Artillery to India to report on the manners and customs she encountered during her five year absence from England.

ECCO’s ‘mark-list’ feature has proved particularly popular with lecturers because it allows them to direct students in a slightly more focussed way to the ECCO resources pertinent to each element of each particular module. “I’ve produced mark lists or single links to collections of literature on femininity and manners, early feminism, gentlemanliness and unmanly behaviour. ECCO is an enormous database and it’s good to be able to guide students in this way”, said Dr Gregg.

“ECCO also helps us to attract the crème de la crème of students – it can be a real ‘decider’ for MA and PhD students. A university that can demonstrate that it has a first class primary resource is essential for postgraduate studies. Students naturally expect this sort of resource to be available to them – it’s viewed as essential.”

“ECCO really does inspire our students”, concluded Dr Gregg. “It enables those students prepared to work hard to really fly. The quality of work, depth and breadth of understanding has resulted in some truly exceptional essays and dissertations.”