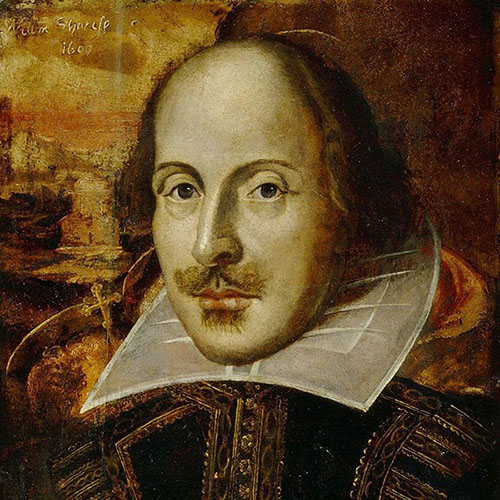 Hamlet, written by William Shakespeare around 1600, is a tragedy that explores themes of friendship, madness, and revenge. Read the overview below to gain an understanding of the work and explore the previews of analysis and criticism that invite further interpretation.

Hamlet, composed circa 1600, is Shakespeare's most popular tragedy among critics as well as on stage and screen. The play has been the subject of more scholarly investigation than any work of Western literature. Its well-known story involves the murder of Hamlet, King of Denmark, by his brother Claudius, who then not only assumes the throne but also marries his brother's widow, Queen Gertrude. Young Prince Hamlet is visited by his father's ghost, who demands that his son avenge his murder, but Hamlet is riddled with indecision and paralyzed into inaction. When Claudius, in order to prevent Hamlet from revealing the truth about the old King's death, tries to have Hamlet killed, the result is that all three--Claudius, Gertrude, and Hamlet--are poisoned and the Danish throne is taken over by Fortinbras, the ruler of Norway.

Much modern criticism focuses on the character of young Hamlet and his inability to act decisively. Silvia Bigliazzi (2005) has analyzed the Hecuba scene of Hamlet, noting that there are two irreconcilable concepts at work not only in that scene, but in the play as a whole--dramatic action versus dramatic paralysis, which she labels "a deep clash between metadrama and metanarrative." Peter Matthews (2001) criticizes Michael Almereyda's 2000 film version of Hamlet for modifying the paralysis that typically afflicts the title character and turning the "existential ditherer" into a "take-charge guy." According to Matthews, the compression of the play into a film of less than two hours is a big part of the problem: "Almereyda seems blind to the paradox of proceeding at a jog-trot through Shakespeare's immortal study in procrastination."

While many critics have commented on the dialogue and soliloquies in the play, Thomas Deans (2003) has studied the many references to written documents--particularly the numerous letters that are summarized, paraphrased, or read aloud on stage--and contends that these written texts not only forward the plot but provide as much insight into various characters as do the speeches. Deans refers to Hamlet's letter to Ophelia, Hamlet's revisions to the script of "The Mousetrap," and Claudius's letter to the King of England; the critic believes that "each successive act of writing or rewriting marks a pivot in Hamlet's development toward personal agency." Robert E. Wood (2004) contends that Almereyda's film version of Hamlet privileges the visual over the verbal. According to Wood, "Hamlet's search for meaning takes place not through the futile discourses of the text but through the fragmented video images he contemplates and manipulates." Grace Tiffany (2003), however, stresses the importance of the aural in Hamlet, specifically the tradition of the Protestant aural theater. Although she refuses to become embroiled in the critical debate over whether Hamlet is a Catholic or a Protestant play, Tiffany suggests that the play and its title character "seem specifically constructed to record and display views on theater's potential for good or for evil, ideas expressed in much English Protestant discourse near the time of the play's creation." Elizabeth S. Watson (2004) cites numerous references to religious rites, both Catholic and Protestant, in Hamlet but maintains that Shakespeare did not appear to endorse either religion, nor did he necessarily embrace a secular position.

Margreta de Grazia (2003) notes that Hamlet has been widely thought to mark the beginning of the modern age, yet during Shakespeare's time the plot was considered tired and outdated, dependent on stock treatments of murder and revenge and such timeworn devices as the appearance of a ghost. She contends that it is Hamlet's interiority and subjectivity that allow him to be categorized as a modern man, since "inwardness emerges on the literary scene as the defining trait of the modern" and "Hamlet remains at the extreme limit of what we know about interiority." Simon Palfrey (2005) also notes the paradox of Hamlet's characterization: on the one hand, the Prince is the epitome of the modern three-dimensional character, but on the other, his role is "profoundly indebted to the stock stage figure of the revenger," which was, according to Palfrey, "already a cliché by the time the play was first performed."

Modern directors have sought fresh ways to approach Shakespeare's most popular tragedy and some have been more successful than others. Andrei Serban's 2000 production for the New York Shakespeare Festival reduced the play's original five acts to two and according to Charles Isherwood (2000), produced a "travesty" that deliberately sought to evoke laughter from the audience. Almereyda's film also reduced the play's original length to a mere 111 minutes and modernized the plot to include such devices as the ghost disappearing into a Pepsi machine and the "To be or not to be" soliloquy delivered in a Blockbuster video store. For Matthews, the result is less than satisfactory. More successful, according to Lisa Hopkins (2005), is the Derry Film Initiative's ninety-minute film version which also cuts significantly into the text, particularly the role of Gertrude. Nonetheless, Hopkins notes that the production "abounds in striking and original ideas."

Casting issues have caused problems in some modern productions of Hamlet but have provided an opportunity for a fresh approach to the play in others, according to some reviewers. Robert Brustein (2001) contends that in addition to being overweight, Simon Russell Beal in the 2001 production for the Brooklyn Academy of Music, was "too short, too middle-aged, and too epicene to be the scholar, soldier, and courtier that Ophelia admires." Trevor Nunn's 2004 production at the Old Vic, however, earned a positive review from Michael Portillo (2004) for its casting of very young actors in the roles of Hamlet and Ophelia. Nunn presented Hamlet "as a morose adolescent passing through his anger phase," reports Portillo; "He wears a stupid ski hat, and sits hunched and uncommunicative." Thomas Larque (2005) also admires Nunn's representation of Hamlet as a sulky teenager, "childishly moving his chair and stamping across the stage to avoid sitting next to his mother's new husband." Ben Whishaw, in the role, delivered soliloquies that were "wordy, pretentious exercises in self-justification," according to Larque. Valerie Ross (2004) offers high praise for the casting of Ryan Artzberger in the role of Hamlet for the Shakespeare Santa Cruz's 2004 production; in this version the title character had the appearance of a graduate student in philosophy and "he wore his black leather coat, black turtleneck and jeans, and the obligatory black shoulder bag with tormented turbulence."

Hamlet, Reconciliation, and the Just State

Hamlet: A Document in Madness

Findlay focuses on the “relationship between words, madness and the desire for order” in Hamlet, especially in terms of the discourses of gender and language.

Lidz analyzes Hamlet's madness, including his real and feigned insanities and the conclusions he reaches while in these states.

Sadowski centers on the three young avengers in Hamlet: the "exostatic" Danish prince and his two "endostatic" foils, Fortinbras and Laertes.

Evans suggests that friendship is a fundamental theme in Hamlet and analyzes Hamlet's relationships in the drama, particularly his strong bond with Horatio.