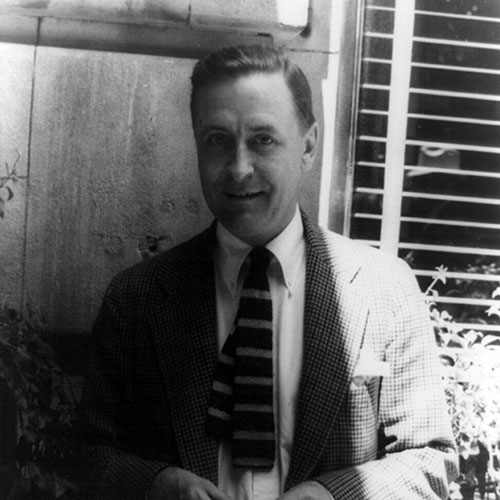 The Great Gatsby, by American author F. Scott Fitzgerald, is a novel set on Long Island in the 1920s that uses its characters to explore themes of materialism and the American Dream. Read the overview below to gain an understanding of the work and explore the previews of analysis and criticism that invite further interpretation.

Critics have generally agreed that The Great Gatsby, published in 1925, is the crowning achievement of F. Scott Fitzgerald's literary career. It evokes not only the ambiance of the jazz-age search for the American dream of wealth and happiness, but also the larger questions of fading traditional values in the face of increasing materialism and cynicism.

Fitzgerald frames his plot as a story within a story, as the narrator, Nick Carraway, relates his version of Jay Gatsby's life. Nick, seeking freedom from his constricted Midwestern existence, takes a job in New York City and rents a bungalow in West Egg, Long Island, next door to the lavish mansion of the mysterious Jay Gatsby. Nick's wealthy cousin, Daisy Buchanan, and her husband Tom, invite Nick to dinner with the attractive but flighty Jordan Baker at their luxurious home on the neighboring island of East Egg. Unsettled by the Buchanans' seemingly purposeless lives, Nick returns home and notices his neighbor Gatsby staring longingly at a green light across the bay coming from the Buchanans' property. Tom later persuades Nick to accompany him to a place he calls the Valley of Ashes and introduces him to his blowsy mistress, Myrtle Wilson. Tom, Myrtle, and Nick end up at an apartment in New York, where a wild party ensues, and in a violent outburst, Tom strikes Myrtle and breaks her nose.

Later in the month, Gatsby sends Nick an invitation to come to a sumptuous party at his estate, where Nick meets his neighbor for the first time. This is the first of many parties Nick attends at the Gatsby mansion in the company of many of the rich and famous. When Gatsby later takes Nick to New York for lunch, he regales him with tales of his war medals and his Oxford education. The other guest at lunch is the notorious gangster Meyer Wolfsheim, who reportedly fixed the World Series in 1918. Nick, befuddled by Gatsby's questionable associations, is also taken aback when Jordan asks him on Gatsby's behalf to invite Daisy to lunch at Nick's bungalow. He does so even though he now knows that Daisy and Gatsby were in love prior to her marriage to Tom. The two ill-fated lovers meet, and Gatsby takes Daisy to his mansion and invites her to his next party. Daisy agrees, but when she disapproves of some of his guests, Gatsby stops entertaining altogether. He eventually tells Nick of his truly humble Midwest origins, noting that his name is really Gatz, that he did not graduate from Oxford, and that he has made his fortune in bootlegging and other nefarious ventures.

One day Gatsby, the Buchanans, Jordan, and Nick drive to New York. On the way, they stop at the garage of George Wilson, husband of Myrtle, who tries to get money from Tom and announces that he and Myrtle are leaving town. At a hotel in New York, Tom accuses Gatsby of trying to steal his wife, and a fierce argument ensues. Daisy heads home with Gatsby, and shortly thereafter Tom and Jordan stop at Wilson's garage to find that Myrtle has been killed by a hit-and-run driver of a yellow car. Tom blames the death on Gatsby though the real driver at the time was Daisy, whom Gatsby seeks to protect. George Wilson, thinking Gatsby was the driver, goes to Gatsby's estate, shoots him, and then kills himself. Only Gatsby's father, who thinks his son was a great man, attends his funeral. Nick later learns that Tom had a part in Gatsby's death, having convinced Wilson that Myrtle and Gatsby were lovers. Disillusioned with the Buchanans and their ilk, Nick decides to return to the Midwest.

Early reviews of Gatsby were mixed, and relatively few copies actually had sold before Fitzgerald's death in 1940. Many critics, most notably Ernest Hemingway, were put off by the fact that Fitzgerald had been known as a writer of stories for popular magazines like The Saturday Evening Post. It was not until a revival of Fitzgerald's works in the 1950s that the novel began to attract serious criticism. For the five ensuing decades, Gatsby has continued to attract critical attention and reappraisal. Critics have praised Fitzgerald's tightly woven narrative, and many have focused on the position of the narrator, Nick Carraway, and the subjective limitations of his observations of Gatsby's saga. Although Gatsby was for many years called "a novel of the Jazz Age" (a term which Fitzgerald coined), critics have agreed that it has a much more universal meaning, not the least of which is a trenchant critique of materialist American society much like T. S. Eliot's The Waste Land.

The appearance of at least four biographies in the 1990s and early 2000s is an indication that interest in Fitzgerald's novels remains unabated. Earlier critics of Gatsby emphasized biographical and cultural influences on the novel, and formalist approaches dealt with the novel's structure, point of view, symbols, use of language, and the like. By the 1980s through the early 2000s, a variety of approaches, both heavily theoretical and non-theoretical, have been evident in critics' commentaries. While many have continued to explore biographical influences or comparisons with other authors, or to use New Critical analyses, others have increasingly employed such techniques as deconstruction, feminist criticism, and discourse analysis to uncover hidden meanings in the text.

Beuka surveys scholarly approaches to The Great Gatsby in the early twenty-first century, noting that they continue to elaborate the novel’s cultural relevance, deepen connections between the text and its own age, and expand our understanding of Fitzgerald’s historical consciousness. He also discusses new ideas about teaching The Great Gatsby and new appearances of the novel in culture and art.

Sutton examines the significance of a recurring image of the framing of Tom and Daisy in a frame of artificial light in Gatsby.

F. Scott Fitzgerald's Evolving American Dream: The 'Pursuit of Happiness' in Gatsby, Tender Is the Night, and The Last Tycoon

Callahan traces F. Scott Fitzgerald's refiguration of the American Dream through his novels The Great Gatsby, Tender Is the Night, and the unfinished The Last Tycoon, maintaining that by the end of his career he perceived the "American dream not as a personal matter and no longer a nostalgic, romantic possibility but as a continuing defining characteristic of the American nation and its people."

Cheatham summarizes what is known about a 1926 play by American dramatist Owen Davis that was based on The Great Gatsby, noting that although the play had some popular success, its appeal was emotional rather than intellectual. He contends that the melodramatic elements Davis substituted for a unified treatment of theme may have concealed the play’s structural problems and weaknesses in characterization.

Kumamoto explores Fitzgerald's use of the "egg and chicken" metaphors as part of Gatsby's structure.