In 1722, Daniel Defoe published Journal of a Plague Year, a fictional account of life during the 1665 plague that hit London - at the time, a work that many assumed to be factual.

Our digital primary source archives offer researchers a way to compare the contemporary coverage of the plague with the fictional representation presented by Defoe. In this case study, we take a look at the coverage of the 1665 plague using the Seventeenth and Eighteenth Century Burney Newspapers Collection, with articles from newspapers that covered the spread of the plague across Europe that would likely have influenced Defoe's novel, along with some wider resources.

How did early newspapers cover the spread of the plague?

Need this as a document? Download the PDF version here

Original image from the Museum of London: https://www.museumoflondon.org.uk/discover/three-myths-you-believe-about-great-fire-london 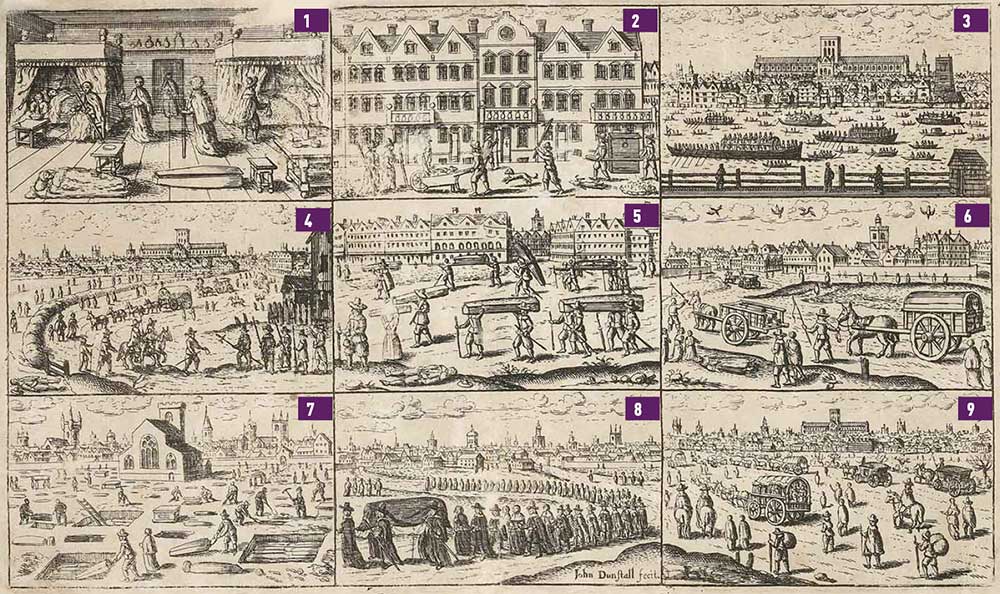 TRACE THE STORY IN EARLY NEWSPAPERS

Click on the document image to view an expanded version, or click on the title to view the original document in the Seventeenth and Eighteenth Century Burney Newspapers Collection digital archive. 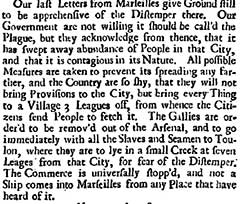 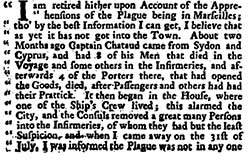 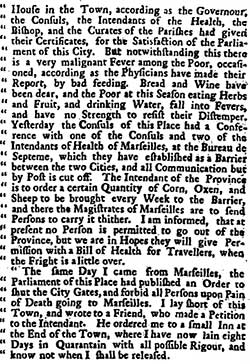 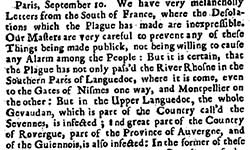 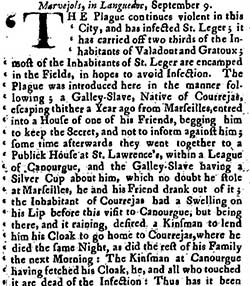 Find out more or request a free trial: