Universal Health Care refers to a national system that would provide medical benefits and services to all citizens, regardless of ability to pay. Read the overview below to gain an understanding of the issue and explore the previews of opinion articles that highlight many perspectives on universal health care.

The United States has struggled both with ensuring health coverage for the entire population and with reducing overall health care costs. Policymakers have sought to address the issue at the local, state, and federal levels with varying degrees of success. As health care continues to be a major concern for US voters, universal health care has become a subject of debate leading up to the 2020 presidential election with several candidates for the Democratic nomination including universal health care as part of their platforms. Alternatively, incumbent president Donald Trump and other members of the Republican Party have sought to characterize such proposals as economically implausible and threatening to individual choice.

Pros and Cons of Universal Health Care in the United States

Efforts to Establish Universal Health Care in the United States

Bill Clinton campaigned for president on a platform that included health care reform in 1992. Similar proposals had been made earlier, as universal health care was also part of the platform of Jesse Jackson's failed 1988 presidential bid. Shortly upon arriving in office, Clinton established the Task Force on National Health Care Reform with his wife Hillary Rodham Clinton serving as its chair. The First Lady's involvement led some to refer to the Health Security Act of 1993, which the Task Force helped develop, as "Hillarycare." The proposal would have required all individuals to acquire health insurance and all employers of more than 5,000 people to provide health coverage to their employees. The bill met with opposition from policymakers, insurance companies, and physician groups, and did not pass. The failure of Clinton's efforts led many officials to view health care reform as an issue too complicated and too contentious to risk losing any political influence over. In contrast to the Health Security Act, Representative Jim McDermott (D-WA) introduced the similarly named American Health Security Act in 1993, which would have created a single-payer system. McDermott reintroduced the bill at each session of Congress until choosing not to seek reelection in 2016.

In the early twenty-first century, state and federal officials showed renewed interest in expanding health care coverage. In 2003 Representative John Conyers Jr. (D-MI) first introduced the United States National Health Insurance Act, which called for a single-payer health care system, but the bill received neither a debate nor a vote on the House floor. Like McDermott, Conyers continued to introduce the bill at every subsequent session of Congress until he resigned from office in 2017. While the federal government took little action toward achieving universal health care, state legislators experienced success at expanding health coverage in Massachusetts in 2006. The Massachusetts system mandated that every citizen obtain health insurance or pay fines. The system is sometimes called "Romneycare" in reference to Mitt Romney, who served as governor during its implementation. The reform led Massachusetts to achieve 98 percent health coverage, higher than any other state. Experts have attributed the success of the Massachusetts system to government subsidies, which enabled more people to purchase insurance, and to the program's insurance mandate, which appealed to insurance companies because they acquired more customers. In turn, having more people contribute to the fund drove prices down.

In 2008 Barack Obama campaigned on health care reform in his bid for president, drawing heavily on the Massachusetts model. Upon winning office, Obama made expanding health coverage a central focus of his presidency. The efforts of his administration led to the passage of the Patient Protection and Affordable Care Act (ACA), also referred to as "Obamacare," in 2010. According to the Centers for Disease Control and Prevention, the percentage of Americans who did not have health insurance dropped from 16 percent in 2010 before the law went into effect to 8.6 percent in the final months of Obama's presidency. Despite the law's effectiveness in reducing the number of people without health coverage, some critics of the system note that some individual premiums increased and that the system's benefits were disproportionately experienced by low-income and older enrollees. Alternatively, some critics considered the overhaul of the health care system insufficient, contending that a single-payer system would better serve the population.

Vermont senator Bernie Sanders, whose 2016 presidential bid emphasized health care reform, introduced the Medicare for All Act of 2017, a proposal to expand government health coverage to all citizens and residents. The bill was one of eight health care bills during the 2017–2018 congressional session. Among the bill's cosponsors, Senators Cory Booker (D-NJ), Kamala Harris (D-CA), Kirsten Gillibrand (D-NY), Elizabeth Warren (D-MA), and Sanders himself all joined the field of contenders for the Democratic Party's 2020 presidential nomination. In July 2018 more than seventy Democratic members of the House of Representatives formed the Medicare for All Caucus to sponsor briefings on health care reform. The caucus's founder Pramila Jayapal (D-WA) introduced a resolution outlining a single-payer national health insurance program in February 2019. As support for a single-payer system has grown among progressive factions within the Democratic Party, some critics, including fellow Democrats, have argued that a health care system without a role for private insurance could lead to a decrease in quality of service.

A frequently cited study conducted by researchers at Harvard Medical School and Cambridge Health Alliance in 2009 determined that almost 45,000 Americans die each year due to problems related to their lack of health insurance. Proponents of universal health care contend that these deaths could be avoided as everyone would be covered. By ensuring that citizens and residents have access to affordable medical services, universal health care can improve overall public health by treating the sick, promoting preventative care, and providing basic care to all patients. Critics warn, however, that universal health care could lead to decreased quality of care and long wait times. A commonly cited fear associated with single-payer systems relates to the rationing of medical services, which refers to the limiting of health care services based on the availability of resources. In 2018 the decision of England's National Health Service to withdraw life support from toddler Alfie Evans against the parents' wishes sparked a global debate over how decisions are made in a single-payer system.

In response to concerns over rationing, some medical experts and economists assert that rationing exists in all health care systems because resources are always limited. In the United States, however, how these resources are rationed is determined by patients' abilities to pay rather than their medical needs. Discrepancies in medical treatment throughout the United States also suggest that access to medical services can be dependent on where patients live and where they are employed as well as demographic factors such as race, gender, and ethnicity. Some health care experts have argued that the Medicare system in the United States can be characterized as an explicit form of health care rationing because the program only provides coverage to people ages 65 or older, people with certain disabilities, and people with End-Stage Renal Disease. Proponents of expanding Medicare coverage contend that doing so will make access to health care more equitable.

Many critics of universal health care cite the potential costs of implementation as the primary reason for their opposition. Some critics of universal health care have voiced concern that a single-payer system would lead to people seeking unnecessary treatments and that the overuse of services would drive overall costs up. Proponents, however, counter this argument by suggesting that the increased use of preventative services would reduce the need for expensive treatments because health issues could be identified earlier.

In 2018 researchers at the Mercatus Center at George Mason University conducted a study to determine the cost of implementing the Medicare for All Act of 2017. Opponents of single-payer health care initially celebrated the results, which showed Sanders's plan would cost $32.6 trillion over ten years. However, Sanders responded by noting that report's total indicated savings of $2 trillion compared to spending projections without implementing reforms. Proponents of the plan expect some of these savings would be derived from a reduction in administrative costs by eliminating private insurance organizations from the process and decreasing the amount of unneeded paperwork. A 2003 study in the New England Journal of Medicine found that 31 percent of US health spending went toward unnecessary administrative costs. Reducing these costs could allow limited resources to be used more effectively. The Mercatus Center report warns, however, that government programs tend to accrue significant administrative costs and that government-run health care may likely incur similar costs, making projected savings uncertain.

Universal Healthcare Could Save America Trillions: What's Holding Us Back?

"This is a struggle against the 'economic royalists', as Franklin D Roosevelt once termed them, of our day—and for the interests of ordinary working people."

Adam Gaffney is an instructor at Harvard Medical School, a pulmonary and critical care doctor at Cambridge Health Alliance, and president of Physicians for a National Health Program. He blogs at the Progressive Physician.

In the following viewpoint, Gaffney disputes US conservatives' common argument against universal health care that the costs to implement and sustain such a system make it unaffordable. Citing research from both ends of the political spectrum, the author indicates that single-payer policies like Medicare for All would save the country trillions of dollars over a decade. Further, Gaffney suggests, the unaffordability argument against single-payer health care persists despite evidence of its inaccuracy because corporations and the wealthy have disproportionate control and influence over US politics. The author concludes that Democratic and progressive proponents should focus more of their messaging on the positive impact that universal health care has on broader socioeconomic inequities.

“Health Care” for All—Affordability for None

"'Affordable health care for all' from government is an economic oxymoron."

Eric Rozenman is a communications consultant for the Jewish Policy Center in Washington, DC.

In the following viewpoint, Rozenman argues that single-payer universal health care is unrealistic because it would cost too much for the country to implement and maintain. Because of high costs, the author suggests, the resulting system would require the government to delay people's access to care and could lead to rationing. The author claims that Democratic politicians' support for universal health care is disingenuous, implying that it represents a tactic to obtain power under the guise of acting in the interest of citizens' welfare. Rozenman concludes that universal health care would effectively turn all citizens into wards of the state, which conflicts with American individualism and could restrict economic prosperity.

“Medicare for All” Would Ruin the Care Americans Already Like

Robert Moffit is a senior fellow in domestic policy studies at the Heritage Foundation, a conservative public policy organization based in Washington, DC.

"Other high-income countries spend less on health care than the United States because they have lower prices, not because they receive less care."

Jamie Daw is assistant professor of health policy and management at the Mailman School of Public Health at Columbia University in New York.

In the following viewpoint, Daw argues that US politicians should look to Germany's model of social health insurance for inspiration rather than Canada's single-payer model. She notes that the German system for universal health care has been developed and tested over time, with many other European and Asian countries adopting similar models. Because the German system is multipayer, Daw contends, it provides a better example for US policymakers to use when advocating an American universal health care system. The author concludes that a hybrid system of publicly and privately funded plans can meet the goals of universal affordable coverage without eradicting the private health care industry, which many Americans cite as a reason for their opposition to single-payer proposals. 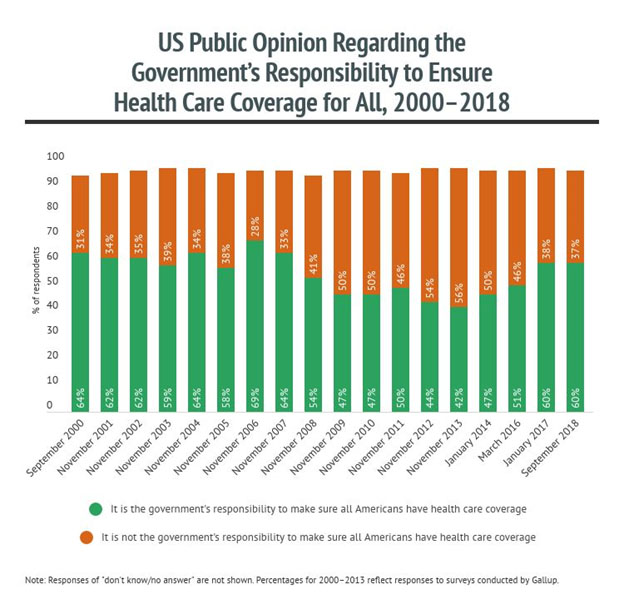 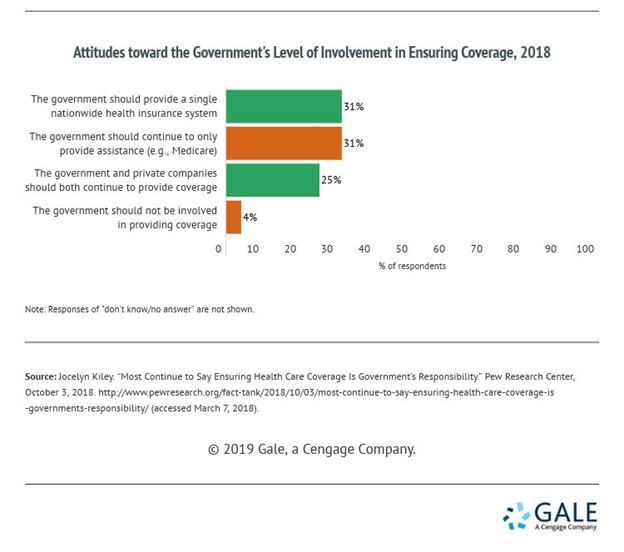